Charles Lindsay and Eric Hanson at the IAIA Digital Dome 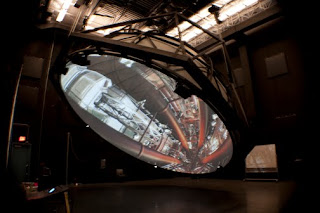 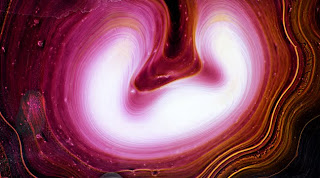 The first scheduled site work for GOTP was a collaboration with New York photographer and sound artist Charles Lindsay and visual effects specialist Eric Hanson who together created a video based artwork for the world's first fully articulating digital dome at the Institute of American Indian Art (IAIA) in Santa Fe, New Mexico. Lindsay spent the month of June 2012 in residence at the Santa Fe Art Institute where he had access to the dome with assistance from dome director Ethan Bach and his students, while also performing field recording of sounds from the region. The video was presented to the pubic during the ISEA 2012 conference at the IAIA Dome. Lindsay is interested in exploring the challenge and implications of comprehending our relative scale within the universe. CARBON-X 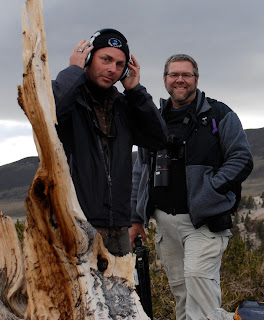